I’ve started looking around Santander with new eyes recently. In a previous post, I described the ferry building in Santander as seductive. And I spoke about living in a 1960s block and loving it.  I didn’t explain why I liked these buildings. The simple answer is good architecture. And my new hero is Ricardo Lorenzo.

Lorenzo (1927-1989) was born in the neighbouring city of Torrelavega. He studied architecture in Barcelona and upon graduation, set up a practice in Santander. The man is a cult figure among architects and others in the arts. But the general public – myself included – often fail to understand the beauty in the simplicity of his design and use of materials.

What I want to do is to show how beautiful the humble brick can be. I took a tour of Santander last weekend to record the curviest, brickiest Lorenzo buildings in the city. I’m presenting what I liked in chronological order. (Thanks to my brother-in-law, Jose, for lending me his 1990 Lorenzo catalogue – which he had actually helped collate in the College of Architects). Sometime in the future, I’ll provide some context and seek some expert commentary on Lorenzo’s work. For now, I’ll just let the images do the talking. 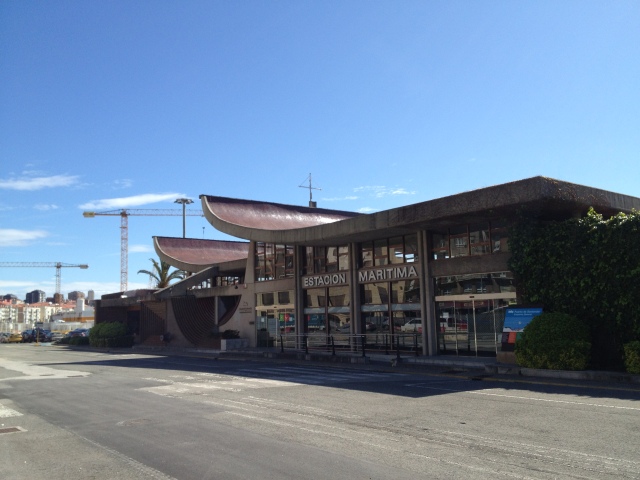 The Ferry building (Estacion Maritima), Santander 1971 – featuring cranes from the Botin Centre behind

Curvy views of the bay and Puntal sandbank from Calle Don Daniel, Santander 1971 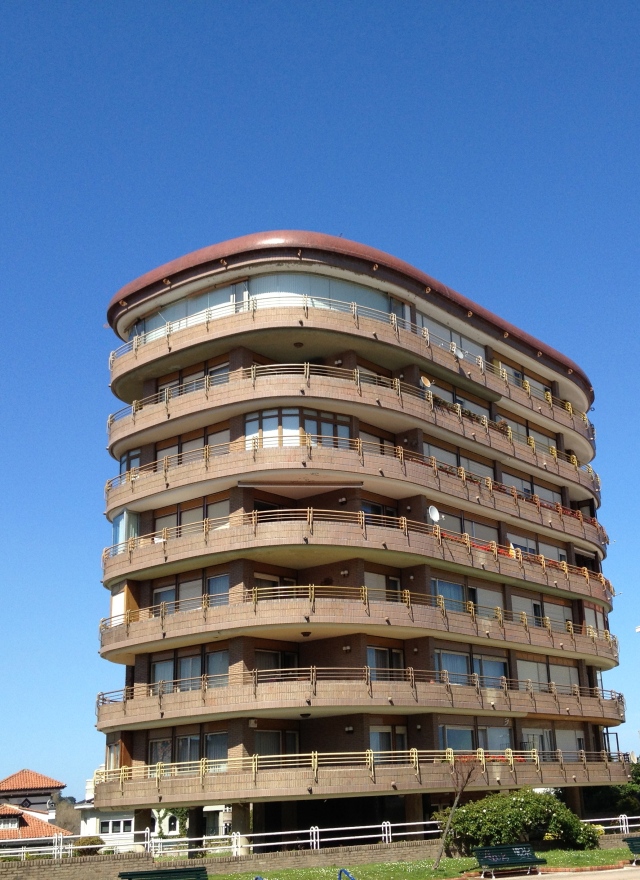 Whilst not curvy (more linear), you can actually experience a Lorenzo building with a drink in your hand. Bar del Puerto is on Calle Hernan Cortes 63, in front of the Puertochico Harbour. It was designed by Lorenzo in 1960 and is bustling for ‘aperitivos’ or pre-lunch drinks at weekends. [The front is propped up with scaffolding this week so I did my best below:)].

Entrance to Bar del Puerto, Santander – an institution for rabas (squid) and more